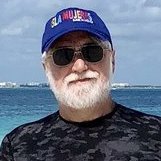 By Achiyama, July 18 in Sumo Games