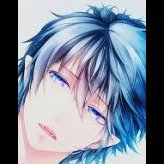 By Reonito, Wednesday at 01:02 in Ozumo Discussions