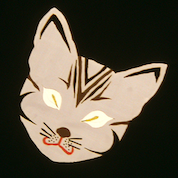 "Plane of the dohyo" and its (non-)existence?

By Hidenotora, March 13 in Ozumo Discussions