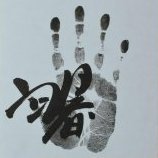 Do you collect BBM Sumo cards?

Are you a collector?