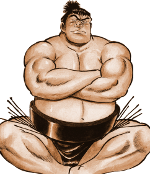 Another one from Spain

By Isao, September 15, 2018 in Member Introductions