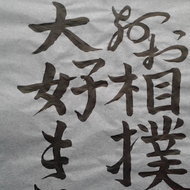 Baruto Kaito and his role in "My Brother's Husband".