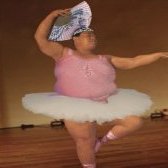 Did these ozeki have yokozuna potential?

By PawnSums, January 30, 2017 in Ozumo Discussions