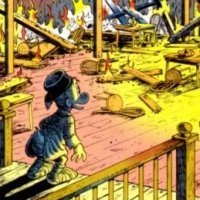 Recognize the rikishi on the postcard and get free cookies!

By Senkoho, February 12, 2016 in Ozumo Discussions